You are viewing an old revision of this post, from August 31, 2010 @ 06:22:01. See below for differences between this version and the current revision.

This is the second post in a three-part series. The first part was In Defense of Links, Part One: Nick Carr, hypertext and delinkification. 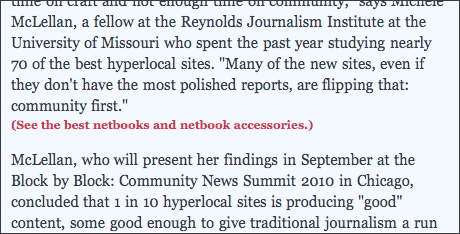