You are viewing an old revision of this post, from November 22, 2010 @ 06:43:55. See below for differences between this version and the current revision. 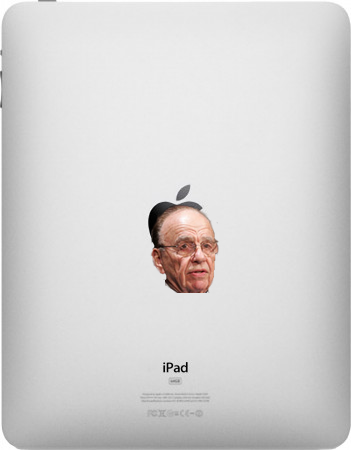 When I first head the phrase “iPad newspaper” — shorthand for Rupert Murdoch’s not-so-secret-any-more new project — I puzzled over its oxymoronic implications. Forget about the, you know, iPad/paper contradiction and think about the business. Murdoch is reportedly spending $30 million on this thing. Could that possibly pay off with a product that’s tethered to a single, new platform? Puzzled, I tweeted, “Will they stop me from reading it on my desktop?”