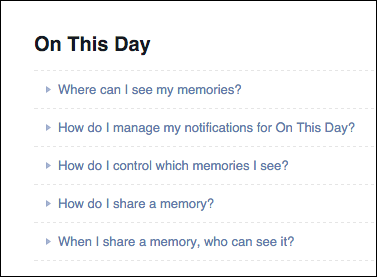 What Facebook’s On This Day shows about the fragility of our online lives — Leigh Alexander in the Guardian:

In many senses, we’ve lost control of our own stories online – the ongoing “right to be forgotten” discussions that began in the European Court of Justice in 2014 act as a partial concession to that point.

Instead of a shoebox of pictures and a diary, your child will grow up depending on interconnected platforms and services. Her entire history, from the first ultrasound picture you share to your network to the day she has a headache to the day she makes a snack, and on like that, will be documented – and could belong to service providers. Unless we can regain control of our narratives online, unless we can discover a way to value our social content, thisflickering constellation of forgettable “moments” and social media “memories”, is the main way our histories will be kept.

Felicity Duncan writes in The Conversation:

Teens engage in complex management of their self-presentation in online spaces; for many college students, platforms like Snapchat, that promise ephemerality, are a welcome break from the need to police their online image.

Increasingly, young people are being warned that future employers, college admissions departments and even banks will use their social media profiles to form assessments. In response, many of them seem to be using social media more strategically. For example, a number of my students create multiple profiles on sites like Twitter, under various names. They carefully curate the content they post on their public profiles on Facebook or LinkedIn, and save their real, private selves for other platforms.

This dynamic has been underway for some time. Of course, Facebook and Twitter each began as new ways for us to connect “authentically” with each other on the Internet of a decade ago, which some users felt had grown impersonal and become overrun by ads. These services won us over with their personalizations and intimacies; then, in the quest for revenue and growth, they became polluted public spaces themselves. So the cycle turns again.

From a 2012 Pitchfork interview with Patrick Stickles of Titus Andronicus:

Pitchfork: Why is that car-crash track called “Upon Viewing Oregon’s Landscape With the Flood of Detritus”?

Stickles: We had this song [on The Airing of Grievances] called “Upon Viewing Brueghel’s ‘Landscape With the Fall of Icarus'”, so I borrowed the syntax. It’s kind of the sequel. In the painting from the original song, in the corner, you see this tiny guy falling into the ocean. It’s been interpreted as: It’s a big world, and people go about their business, and little tragedies are happening all the time, and what are you going to do?

That was my experience in seeing this car crash. It’s horrible, but you can’t do anything but get on with your life, however insignificant it may seem. In our case, we were going to play a concert. What can you do? Nothing. It is scary. It is brutal.

Pitchfork: On the album’s first track, “Ecce Homo”, you sing about how everything’s worthless…

The question of identity has changed from being something you are born with to a task: you have to create your own community. But communities aren’t created, and you either have one or you don’t. What the social networks can create is a substitute. The difference between a community and a network is that you belong to a community, but a network belongs to you. You feel in control. You can add friends if you wish, you can delete them if you wish. You are in control of the important people to whom you relate. People feel a little better as a result, because loneliness, abandonment, is the great fear in our individualist age.

But it’s so easy to add or remove friends on the internet that people fail to learn the real social skills, which you need when you go to the street, when you go to your workplace, where you find lots of people who you need to enter into sensible interaction with. Pope Francis, who is a great man, gave his first interview after being elected to Eugenio Scalfari, an Italian journalist who is also a self-proclaimed atheist. It was a sign: real dialogue isn’t about talking to people who believe the same things as you. Social media don’t teach us to dialogue because it is so easy to avoid controversy… 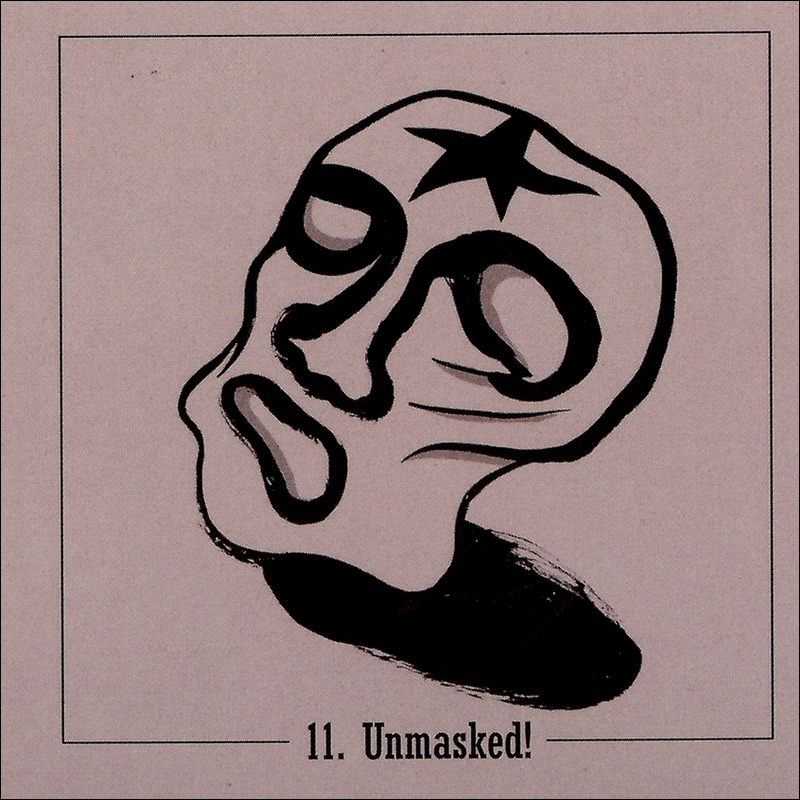 The most recent Mountain Goats album, Beat the Champ, is a song cycle about professional wrestling. Paste magazine interviewed singer/songwriter John Darnielle and asked him if he would ever write a novel on the topic. He responded with ambivalence.

Darnielle: The thing to do would be to believe it. Most of the time when people write about wrestlers, they want to talk about the conflict between the actual person and this character and so on and so forth. Whereas I think Wrestler’s Cruel Study did this — had the character be the character, like believe that Kevin Sullivan is into the occult. And if you believe that stuff, then it’s more interesting than I think some human interest angle of the man behind the mask.

Paste: Yeah. You should work on that.

Darnielle: Because the mask tell you more about the man than the man ever can.

We found that prudent action in the world of Edgerank is to be authentically engaged and able to engage others. It follows that a central tension in the Edgerank grammar is that between authenticity and automation. The automated calculation of relevance is on the one hand necessary for users in a world filled with signals, and on the other hand always in danger of flattening the world to a point where the user is unable to be affected by it.

[Edgerank is a name, now somewhat deprecated, for Facebook’s scoring system that determines what you see in the newsfeed.]

David Heinemeier Hansson (in Signal v Noise) sees the upside in wanting to be like people you admire:

‘Just be yourself!’ is commonly served as encouragement for people facing challenges in life. Whether that be in personal relationships or job hunts or speaking at a conference. If you’re already the perfect person, that’s sound advice. If not, it’s worth closer examination.

Whoever you happen to be right now, at this very moment, is highly unlikely to be the person you ultimately want to be. Maybe you occasionally have a short temper. Maybe you don’t know as much about programming or speaking at conferences as you’d like to. Maybe you procrastinate too much.

Whatever it is, you could probably stand to be more like other people in a bunch of areas. Being content merely being ‘you’, and whatever incremental iteration on that concept you can scrape together, is a sigh of resignation.

Don’t assume readers know anything at all about who you are or what you think. James Fallows on his Atlantic blog:

I have never before received anything close to this volume of response on Twitter, and it has never been more vitriolic. And all of it from people taking obvious (to me) sarcasm right at face value. Live and learn. I have learned that on Twitter, you cannot assume that you know the audience. In particular, you cannot assume that an audience beyond the one you intend will recognize the difference between sarcasm and sincerity.

“Much like cable television narrows our exercise of choice amid the field of possible information to flipping channels, Facebook narrows it to the single action of ‘scrolling down’ through the programming it has seen fit to algorithmically supply….So the problem is not that Facebook users have insufficient control over the algorithm that displays content; it’s that users are willing to use Facebook as their primary gateway to the world, a kind of television with the minor improvement that the local news always includes reports on people you know. This leads to seeing the world only as so much content that Facebook can sort and prioritize and reify and sell. Facebook becomes (much like television had been before it) the medium that confers reality on experience. Until the News Feed algorithm has processed something, revealing its overall significance in our social graph, it really doesn’t properly exist. The moment the algorithm assimilates it is the moment when something actually happens.”

Stolen is an app that let you buy and sell people’s Twitter accounts — not access to the accounts, just a kind of bogus claim to ownership — in a play marketplace. With no opt-in or grant of permission. The developers seem to have been thinking “trading cards,” but that’s not what it felt like, and people began sounding the alarm very quickly.

Holly Brockwell of Gadgette interviewed Siqi Chen, CEO of the company behind the app, during its brief, two-week run; Stolen is now shut down.

Well, it is in the app at the moment, because obviously it says, ‘You own this person now. This person belongs to you.’

We don’t say that. We’re just saying, like, ‘This card belongs to you.’ That’s the intention of it right now.

I’m looking at the screen right now. It says, ‘Boom, Holly Brockwell belongs to you now.’ That’s not a card, that’s me as a person.

Yes. That- we need to fix that.