You are viewing an old revision of this post, from September 3, 2014 @ 15:27:51. See below for differences between this version and the current revision. 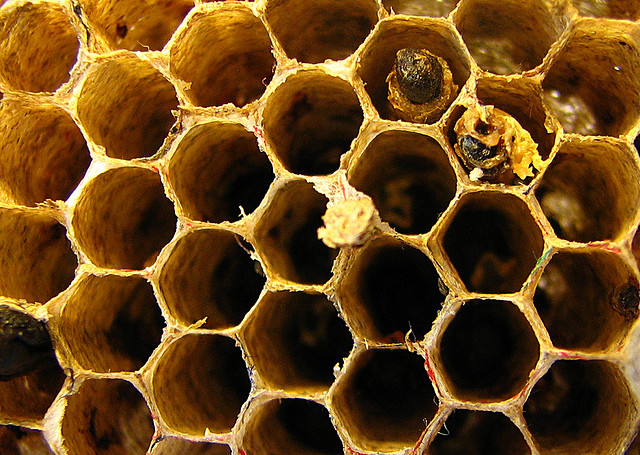 So with all this noise — all right, murmur — about a blog revival, I say, let’s talk about social networks. Because the whole discussion about blogs and social networks has always posited them as a zero-sum game: if social wins, blogs lose. And things are just way more complicated than that.

In one huge dimension, at least, the world of social networks is absolutely identical to the world of the blogosphere: Their value derives from the people who write, post, share stuff there.

Whatever is good in services like Twitter and Facebook — whatever we go there for — comes from all of us. Without people posting their thoughts and pictures and links, these platforms are nothing, nada, zilch.

There’s a whole “digital labor” conversation that tries to analyze the place of digital work in the global economy. That’s important, but I mean something far simpler: that if you and me and millions of other people stopped posting, Twitter and Facebook would spiral down towards worthlessness — a network effect in reverse.

I’m not predicting any kind of mass exodus or espousing a boycott. But there is a less dramatic sort of abandonment that happens to digital platforms more organically over time — like over-farmed turf that gradually enforces its own need to lie fallow, or hives that have served their purpose but lost their inhabitants.

Any successful community-based online enterprise — from the Well to Flickr to the fertile blog community of a decade ago to Twitter — takes off when an enthusiastic group of early adopters embraces the service and starts tinkering with it, inventing new practices and putting its functions to new uses its creators never imagined. There’s a period of excitement and delight and innovation, then a wider adoption. Cue the collective wow.

Then something happens. The early users begin to burn out, or feel neglected, or resent how the platform owner is changing things, or just chafe at problems the service has never been able to fix. Eventually, they lose the love. They start looking for a new home. If there is a hive mind at work in these matters — and there’s almost certainly not just one but many — it rouses itself and, at some critical moment, moves its energy center elsewhere.

This is a natural process, probably an inevitable one, and not cause for mourning. It is how the tech industry has worked for decades, as “developer enthusiasm” moves from one realm of technical spadework to the next.

It might be happening to Twitter right now. That’s what Alan Jacobs says: “For many of the really smart people on Twitter, it’s over.” He’s echoing Adrienne LaFrance and Robinson Meyer of the Atlantic, who wrote a “eulogy for Twitter” last April.

So yes, first, the obvious: Twitter is huge; it isn’t going anywhere. But the Twitterati are definitely restless, at least in the circles I heed. It’s a thin line between “everyone else is there so I’d better go too” and “nobody goes there anymore — it’s too crowded!” All the link-sharing trackers and analytics and tools will cease to hold our interest if the people we’re interested in move their contributions away from the platform that supports them.

This dynamic is actually heartening: It means that, in a digital environment that seems to privilege big platform owners over individual users, we have more power than we think. Another way of making the same observation can be found in Tim Carmody’s recent essay on OKCupid’s defense of its manipulation of user profiles for testing and research.

They’re all too quick to accept that users of these sites are readers who’ve agreed to let these sites show them things. They don’t recognize or respect that the users are also the ones who’ve made almost everything that those sites show. They only treat you as a customer, never a client.

This is an incredibly important point! And one that the people running today’s Web have a strong interest in blurring. In fact,this insight is so critical, so worth holding onto, that I would like to give it a label so we can’t easily forget it.

How about this? Carmody’s Law: The users of Web platforms today are also the creators of almost everything you’ll find on them.

And the inevitable corollary: They are free agents, even if they sometimes feel trapped.

So where does this leave the blogging revival? I don’t think that personal blogging will somehow become the new hotness again; you only get one lap round that track. I do think that as waves of smart people hit the limits of their frustration with Twitter and Facebook, many will look around and realize, hey, this blogging thing still makes a great deal of sense.

There are no differences between the September 3, 2014 @ 15:27:51 revision and the current revision. (Maybe only post meta information was changed.)