Wordyard / Project / Features / The sound of the amp in the room

You are viewing an old revision of this post, from August 19, 2014 @ 12:31:28. See below for differences between this version and the current revision. 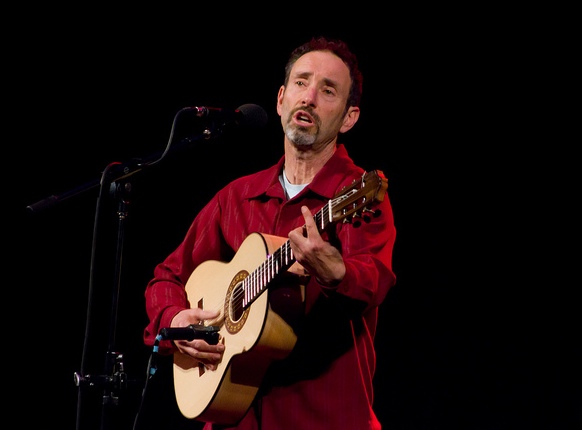 I’m still following up on a deluge of links related to my “Sweet Jane” essay. This weekend I stumbled upon an irresistible podcast honoring Lou Reed’s birthday last March. In it, Jonathan Richman talks about hanging around with the Velvet Underground as a “high school squirt.” Worth a full listen for sure. Richman, a notoriously difficult interview subject, opens up quite a bit.

Here’s one of his observations that resonated for me (it’s at about the 18-minute mark):

I got to hear the sound in the room, the way things were then. Your listeners who weren’t there then should know this: music then didn’t sound at all the way… The Velvet Underground were one of the loudest groups of 1967-68, as far as the volume they played at, and you wouldn’t hear them today. Every high school band that plays at a street fair is louder by far than the loudest bands were then. The equipment they have now wasn’t even invented then, and no one used it like that.

You would hear the sound of the amplifiers themselves in the room. People didn’t plug things into a PA system unless they were playing in a football stadium. So you heard the sound of these amps… The sound was colorful and distorted, and it broke up. People nowadays would say, “Turn up!” They wouldn’t even realize that the band was playing now. Just because volume has changed so dramatically. And it’s not just volume — that actually changes the sound. You heard all these tone colors, it was a very intimate thing.

You’ve got to know that to feel the way the music felt. it was not the way music sounds now. Your ears didn’t ring after every show.

This is fascinating in itself. It’s also useful as a metaphor for thinking about how we all sound online today.

Scale changes tone. Subtleties that are audible when you are speaking to ten or a hundred people may disappear when you address a thousand or a million.

So: Think before you plug your amp into the PA! Literally and figuratively.

There are no differences between the August 19, 2014 @ 12:31:28 revision and the current revision. (Maybe only post meta information was changed.)