Wordyard / Project / Features / The calculations of authenticity: a conversation with Jeff Pooley 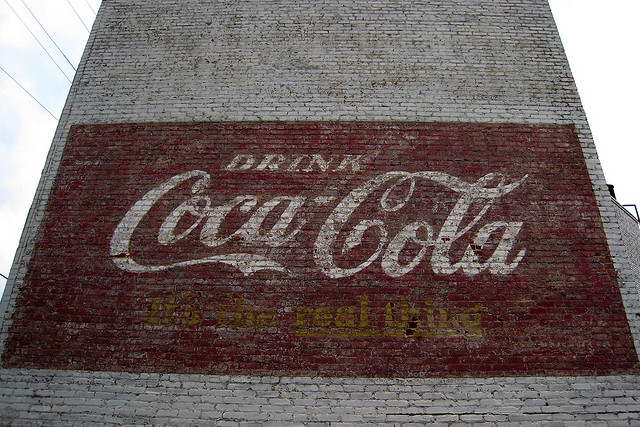 Jeff Pooley’s essay “The Consuming Self: From Flappers to Facebook” introduced me to the concept of “the authenticity bind.”

The pervasiveness of what might be called “calculated authenticity” leads…to rejectionist forms of authenticity — real authenticity, untainted by the professional smile and the glad hand. These flights to deeper kinds of authenticity are, however, marketed in turn — returned, that is, to the promotional fold.

I wrote about this dilemma earlier this summer. Since then I’ve engaged in a sporadic but fruitful email interview with Pooley, who is associate professor of media & communication at Muhlenberg College, in Allentown, Pennsylvania. He’s got a book in the works on the “calculated authenticity” theme, which is exciting. (And another book on its way before that, about the media theorist James W. Carey.)

I love Pooley’s analysis but recoil from some of its implications. I wanted to press him on some of the questions I had about where the authenticity bind leaves us, practically speaking. And I didn’t want to wait for his book.

ROSENBERG: I want to start by asking about how you arrived at the concept of the authenticity bind. Authenticity is clearly a complex term, and one whose intellectual-historical pedigree you trace in your essay. But the “bind” part was new to me. Where does it come from? 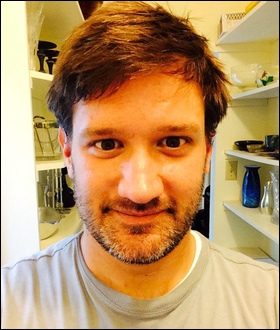 My view is that this carnal, rudderless energy doesn’t just empty out Ohioan steel towns, but also courses through the cultural industries. Popular culture in a consumer society is a lot of things, not just a reflection of market pressures. But the same frantic search for new markets and higher profits is gale-like here too. Media makers are gripped by the relentless pursuit of new resonances — new bundles of consumer attention. That attention is sold to advertisers, who are also busy scavenging the flotsam of resonant meaning floating about.

To get to your “bind” question: the theme of authenticity is an especially attractive hook to sell stuff. As I describe in the article, the authenticity ideal (though of recent origin) has a strong hold on us. We want to think of ourselves as singular, expressive beings. Hence the resonance for advertisers. But the tie-in with the ad pitch discredits the very language of self-fulfillment. So we go looking for a deeper kind of authentic living, resistant to marketing.

The problem is that there is no market-free space, at least not for long. The Dionysian core of a market-driven culture — with its gleeful agnosticism — makes the dog-collar-and-safety-pin aesthetic attractive to the ad guys. In whatever new version it appears. That’s the bind: there’s nothing prude or restrained about them, as Thomas Frank has brilliantly shown. There’s no way to out-rebel them; they’ll party with you at Burning Man. And you’ll realize that they’re using you to sell stuff. Yet again.

ROSENBERG: So I guess the first set of choices this presents us with is: you can just keep trying to dig a new level down toward the authentic — knowing there’s no destination, no core, at bottom, but hoping to stay one step ahead of the marketing machine at least some of the time. Or you can turn around and say, OK, if the “real me” is going to be used to sell stuff, I might as well get the profit myself — which leads you into the realm of what you call “calculated authenticity,” the conscious choice to aim for the Real Me because you know it’s going to pay off in some way.

I keep trying to think of other creative responses but coming up dry. Is that all there is?

POOLEY: This is a big question. I should probably back up and say that I do not view the market and its cunning adaptations as the main story. The union of — and tension between — self-promotion and self-fulfillment is not a product of Madison Avenue.

Leaning a lot on the philosopher Charles Taylor, I argue that “calculated authenticity” has earlier roots in a pair of moral ideals that have taken hold in the recent history of the West. Taylor, in his Sources of the Self, tells the backstory to the sense that we have individual selves in the first place. In telling this story, he traces the emergence over time of certain moral ideals that we, in the modern West, have inherited.

One is the sense that our self is something that we possess and control — an object that we can manage and work on. Another, more recent ideal is authenticity: the sense that we all have inner depths unique to each one of us, which we should explore and express. What I am saying, following Taylor, is that there was already a tension, long before the billboards and the NYSE: On the one hand we feel like the owners of our selves — that our lives are projects to work on — but also, on the other, that we ought to find and express our true selves. I realize this all sounds pretentious and way too sweeping, but I think Taylor is basically right.

So, back to “calculated authenticity”: the contradiction is already there, but is picked up by the self-help industry, pop psychology and advertising. The message is that the best way to work on yourself is to consciously cultivate an authentic persona — to use authenticity as a means to the end of self-promotion.

We encounter calculated authenticity all the time in our daily lives: friends talking abut their “brands,” labored-over insouciance in Facebook statuses, the professional smile at Cold Stone Creamery, etc. And it’s nauseating and blatantly inauthentic. So we go looking for the real thing — maybe it’s artisanal cheese or long beach walks, or even irony-bathed Oscars viewing — all of which (as I talked about above) is then processed, repackaged, and sold back to us. Rinse and repeat.

No, I do not think that a resigned embrace of calculated authenticity is the way out. That’s too depressing. I think it’s still worth striving for authenticity in personal terms — for not being a self-promotional ass, especially if that douchiness is disguised by sustained eye contact and the gladhand. I also believe that we should call bullshit, over and over again, whenever authenticity is used for shilling. Even when — especially when — the bullshit-calling itself becomes a slogan.

This isn’t because there’s anything pure or timeless about the authenticity ideal. The sense that we should be true to ourselves in this demanding way is a product of (fairly recent) history. Strictly speaking — and as academics never tire of pointing out — there’s no such thing as “real” authenticity, nor is the ideal written into the human soul. But just because authenticity has a specific history — is not natural nor timeless — does not mean that we should dismiss its claims on us. It’s part of who we are, and we can use its high standards to call out the debased form the ideal has taken on.

ROSENBERG: It sounds like this tension you’re describing is one between treating the self as an asset and seeing it as an unexplored territory of sorts: something that we have and control and deploy and revise at will, or something that we must go on a quest to find and reveal and release. That feels to me like a reasonably subtle differential — but it’s almost as if the force of the market sticks a big pry-bar into this little fissure and cracks it wide.

I mean, plainly there’s no path back to some sort of state of innocence here, no way to press reset and lose the knowledge that personal authenticity has market value. On my previous post about the authenticity bind, Mitch Skinner posted this comment:

“Recognizing that authenticity has value doesn’t require you to glad-hand or to calculate your smile. Being aware of it doesn’t make it fake. That awareness just makes it a choice. But that choice can still be fully authentic.”

Do you think there’s any way to hang on to one’s sense of being authentic while simultaneously understanding that this quality is going to serve a practical, self-interested end? What could that look like?

Calling bullshit on crass authenticity plays and the marketing cycle is always useful, for sure. Is there anything we can point to on the other side of the ledger?

POOLEY: Can you strive to be authentic knowing that it will gain you something? The question reminded me of what philosophers (drawing on Catholic thinking) call the “doctrine of double effect.” The idea is that it’s not wrong to do something harmful if it was a side effect of trying to do something good. The classic case is killing someone to save your life. The distinction is between intending and foreseeing: Yes, you realize that the knife thrust may kill your attacker, but your intent is to spare yourself.

I realize that the example is ridiculous — we’re talking about glad-handing, after all. But I still think the idea is relevant. You may know that, in general, acting in an authentic way is likely to benefit you. It’s a foreseen side effect — the fact that you may win friends and influence people. But your intention is to be authentic.

That’s one scenario, and in my view you’re fine. You’re a long way from soulless hypocrisy. But it’s different when you set out to use authenticity as a means to get something from someone. Take Dale Carnegie’s advice as an example: “Become genuinely interested in other people,” one of “Six Ways to Make People Like You.” Extracting admiration from others, for Carnegie, isn’t merely something you foresee. It’s the whole point.

The analogy to morality and the “double effect” is not a perfect fit. In the case of killing an attacker in self-defense, the (permissible) bad action is the killing. Homicide, in almost any other context, is wrong. With Carnegie’s advice, however, the problem isn’t the instrumental motive per se; we use people for our ends (like purchasing coffee) all the time. Buying coffee isn’t murder. The problem with the Carnegie tip is that it is self-refuting. When you set out to get something (like the admiration of others) by pretending to be authentic, you’ve already abandoned the ideal. And pretending like this, with self-serving ends in mind, has bad consequences for everyone: We all come to distrust sustained eye contact and attentive listening. Maybe, we think, they’ve been trained at the Dale Carnegie Institute.

So I would stress the distinction between foreseen side effects and intention. In good faith we can attempt to act in an authentic way, even though we think that we may profit somehow. But not if the profit is the point.