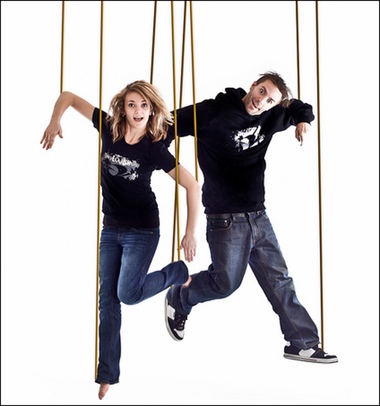 By now I’m sure you’ve heard about that Facebook study of “emotional contagion,” in which the company (along with two researchers) tinkered with the newsfeeds of 689,000 users in 2012, to explore whether moods can spread based on the tenor of posts. (This Atlantic roundup will get you up to speed.)

Many academic observers are up in arms because experimenting on people has a long tarnished history, and there are rules around it that this study may have bypassed. The facts remain fuzzy there (just look at the crossouts in this piece!), but the issue is real.

The pushback, in turn, is that Facebook, like all big tech companies, does this sort of thing all the time; nothing happens on Facebook without A/B testing! So get over it.

Finally, there is a contingent of commentary that declares the experiment to have been “creepy,” for reasons that we can’t quite express but we viscerally share. You might say the news of this study has itself become an “emotional contagion.”

The most common explanation for this creep factor is that we recoil from the study’s exposure of Facebook’s “commercial behaviorism.” The researchers appear to have callously treated Facebook users as test subjects, rats in a Skinner box. No one enjoys that role; thus the mass creep-out.

I’m sure there’s plenty to that, but I think the public recoil is based on something even simpler. Facebook’s central idea — its “value proposition,” in bizspeak — is that if we give it a list of our friends, it will provide us with a personally tailored stream of their posts and shares. That stream, the newsfeed, is a phenomenally successful product — a river not of news but of social info. We know Facebook doesn’t show us everything, but to each of us, our newsfeed feels like a space that has been put together just for us.

It feels like home. But in fact, of course, it’s a private space that someone else owns. Most of us have never read the rental agreement. And until something like this mood study comes along, we don’t even think about the terms under which we live there.

So the true creep-out in Facebook’s study isn’t about research ethics or Skinner boxes; it’s about ownership of space. The “emotional contagion” study dramatically rips off a curtain that separated Facebook’s public face and its backstage. Publicly, Facebook woos us with a vision of a social information stream shaped by our individual needs and networks; backstage, the folks behind the curtain are pulling levers to find more efficient ways to hijack our attention and sell us stuff. (The frontstage/backstage theory sounds like The Wizard of Oz but is actually Erving Goffman’s.)

It all works beautifully until something wrecks the, um, mood. Facebook’s endless privacy snafus and “context collapse” disorders do that. Ads can do it, too, which is why Facebook has moved so gingerly to insert “sponsored posts” into the newsfeed.

The mood study is a perfect storm for Facebook because it’s not about privacy or ads or any other longstanding bone of social-network contention. It’s a pure instance of frontstage/backstage collapse. All it does is dramatically illustrate that, in the space so many of us have adopted as our digital home, we don’t call the shots.

Something that we’d embraced as organic and authentic — literally, “friend-ly” — proves instead to be crudely instrumental and manipulative. Everyone hates when that happens!

Of course the dustup won’t kill Facebook. It probably won’t even materially affect its business. But it is one more step in awakening the universe of Facebook users, which is nearly all of us, to ou predicament: We only think the place is ours. And the landlords — well, they really can be creepy sometimes.