Wordyard / Project / Features / Whispers and cries: The anonymous-app short-cut to intimacy is a dead end 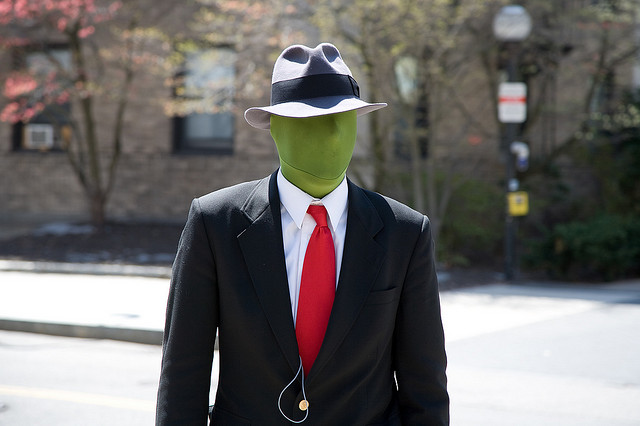 The promise made by the new anonymous-confession apps — Whisper and Secret — is a paradox: you can be most yourself, they say, when you are expressing yourself anonymously.

Sure you can. You can also be anyone else you want to be.

Both Whisper and Secret have emerged as reactions against the artificial gloss of self-presentation on Facebook. On Facebook, we tend to censor all but the most positive version of our lives. The founders of Whisper and Secret explicitly aim to provide us with a new stage on which we are free to expose more of ourselves, warts and all — and we don’t even have to admit that they’re, you know, our warts.

Here’s how Secret’s founders put it in their launch essay:

Speaking on a stage in front of a mixed audience of family, friends, and acquaintances makes it hard for us to be our most authentic selves. As a result, we tend to share only our proudest moments in an attempt to portray our best selves. We filter too much, and with that, lose real human connection.

We built Secret for people to be themselves and share anything they’re thinking and feeling with their friends without judgment. We did this by eliminating profile photos and names and by putting the emphasis entirely on the words and images being shared. This way, people are free to express themselves without holding back.

And here’s the pitch from Whisper, via a CNET profile:

Whisper is not really about spreading secrets, CEO Michael Heyward insists. Rather, it’s a place where our masks come off. Social media, you see, is the purveyor of our half-truths and outright lies. As is the case with reality television, the typical social network helps people push forward a highly edited version of the truth designed to make them look better — or worse — than they really are. Whisper, then, is intended to be a place where we can be ourselves, where authenticity thrives.

“I don’t want to live in a world where you feel like you can’t be yourself,” Heyward told me.

This new breed of apps allows us to be our online selves again — and leaving aside all the other (and very real) concerns around bullying and false gossip, that feels pretty freeing. Google, Facebook and all the other players in this field want to own our online identities and have made us sanitize our feeds. There is some use for that, but it’s only natural that there is a pushback now.

And here is Sarah Buhr, also in Techcrunch:

The rise of anonymous apps like Snapchat, Secret, Whisper and others allow us to be who we really are, not who we want others to perceive us as, online.

Apparently there’s a deep well of authenticity out there, just waiting to be uncorked. All we have to do is sever the connection that Facebook enforces between our self-expression and our names, and the reality geyser will spout.

Of course, the whole point of Facebook, originally, was to create an online space where you shared stuff safely with friends in a way that let you be more “yourself” than you could be on the public Internet. But “friends” gradually lost its meaning, and Facebook became a multi-billion-dollar corporation with a desperate need for revenue that impelled it to deemphasize privacy and favor public posting.

So here we are again. As Facebook did to the Web of yore, so Secret and Whisper aim to do to Facebook.

But what do people actually do with Whisper and Secret? What are the use cases for anonymous social networks? Let’s take them in descending order of value to society:

From what I can tell, there’s not a whole lot of whistleblowing happening on Secret and Whisper, which is hardly surprising, since these services’ guarantees of anonymity are full of holes, and if you had some serious corruption or violation of public trust to report, you’d probably pick a more effective megaphone.

If you take a look at either of these apps today, you will find they are serving mostly as a sort of open online confessional for users — chiefly teenagers, college students, and twenty-somethings. That puts it in a venerable tradition, including this 1999-era “virtual confessional” and the PostSecret art project, which helped inspire Whisper.

What’s most interesting about browsing both Whisper and Secret today is that neither fully succeeds in breaking through users’ self-airbrushing habit. Secret, for instance, is full of clever Twitter-like banter and jibes (“When I hear Uber I think Deutschland Uber alles”). That might be because, with both apps, posts need to get liked/faved/hearted in order to spread more widely, so you’re encouraged to play to the crowd. Or it might just be because playing to the crowd is an irrepressible human instinct, online or off.

More disturbing is how frequently threats of suicide and other kinds of self-harm turn up. “My life is worthless. I could die tonight and no one would care or even notice. Suicide is getting closer.” That confession crossed my screen during my very first spin with Secret. Since Secret promises to deliver messages from your own contacts, you can’t help feeling some obligation to do more than click on to the next item; yet you’re also pretty much helpless, since you don’t know who to console. (Ofcourse, you can post an encouraging message in response, and you can flag posts and hope that the service intervenes in some way. But the rest is invisible.)

As safety valves for the volatile pressures of the social-media universe, Secret and Whisper could fill a small niche, and maybe even do some good. But they don’t have the luxury of staying small and fine-tuning their human interactions. Both of these services are venture-capital-backed startup companies. That means someone has bet tens of millions of dollars that their products will either make lots of money themselves someday, or be deemed worth acquiring by some other company that’s in the monetizing business.

For users, there is never a good ending to this story.  The young founders of the anonymity apps may yearn to create networks of honest self-revelation, but they have chosen vehicles that are certain to betray them.

The collective hunger these apps feed is our desire for ways to be intimate and vulnerable together — online, too. That’s what Secret and Whisper are selling. But it’s unrealistic to expect to achieve that in a fully public space; it’s unlikely for it to emerge on a for-profit platform; and it will never fully satisfy us if we don’t connect what we are saying with who we are.

There just aren’t any short-cuts to true intimacy. You can’t download the free version, and you can’t uninstall it with a click. It’s real and precious, and, although you can’t buy it, one way or another, you do have to pay for it.