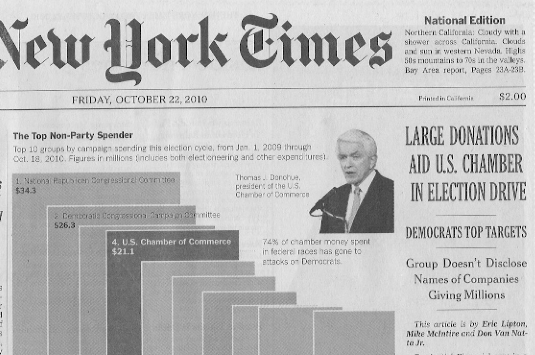 According to data from the nonpartisan Sunlight Foundation, conservative groups that have spent significant sums have plowed nearly $75 million in undisclosed donations alone into this election. By contrast, liberal groups have spent under $10 million…