You are viewing an old revision of this post, from August 1, 2010 @ 22:46:23. See below for differences between this version and the current revision. 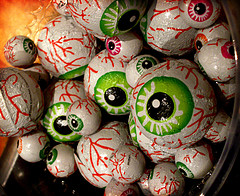 At the bottom rung, we have a simple everyday reader’s freakout. OMG They’re spying on us! This, it seems to me, is the level at which the Journal’s coverage was pitched. It’s full of loaded language: References to “surveillance.” A headline that refers to “your secrets.” References to “surveillance” and “surreptitious” practices. Repeated use of the phrase “sophisticated software” to describe run-of-the-mill stuff that we’ve lived with for years, like the cookie files invented at the dawn of the Web by Lou Montulli (and that anyone can easily delete from their browser).