You are viewing an old revision of this post, from July 27, 2010 @ 07:21:19. See below for differences between this version and the current revision.

At the Hacks and Hackers event last night, two Facebook representatives took the stage and talked about stuff Facebook can do for news organizations and journalists. But the journalists in attendance had only one thing on their minds: Dislike.

You see, Facebook now lets you “like” things you find online. Facebook wants you to like lots of stuff! But if you don’t like something, it asks you to walk on by, without tossing any brickbats. Journalists, based on last night’s crowd, are unhappy with this limitation. They badly want Facebook to let them actively, explicitly “dislike” things, too. 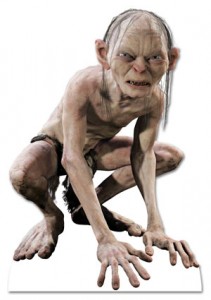 This suggests that we journalists are a negative bunch who dislike a whole lot of things. We wants to tell the world about them, we do. Nassty Facebook won’t let us!

The problem with “Like” and news content, of course, is that a lot of news is heartbreaking, and if you say you “liked” it you come off callous. This was evident from one of the Facebook presentation’s own slides.

It turns out that, on Facebook as everywhere else, people really respond to “touching emotional stories.” Facebook’s Justin Osofsky and Matt Kelly provided an example of such a tale: a headline that read “US Border Patrol shot a 14-year-old at the Mexican border.” Who wants to “like” that? In such instances, Facebook suggests users be given the option of “recommending” or “sharing” the story instead.

That covers the “bad news” case. But there’s also the “articles I disagree with” case, where you’re outraged by something and you want to share that outrage. “Like,” again, won’t do. But neither will “recommend.” This is the case for which “dislike” might make sense. But based on the rote response of the Facebook people to repeated, increasingly agitated questions on the subject, I don’t think Facebook will ever offer this choice.

The conclusion a lot of people drew was that Facebook was afraid of offending advertisers. That’s quite likely. But I also think Facebook is being smart: It’s avoiding torrents of trollery, negativity, and bullying that a “dislike” button would unleash. Some journalists might be happier in a world full of dislikeness, but I think most everyone else would be bummed.

UPDATE: Patrick Beeson points out in a comment: “I find it ironic that journalists want a dislike button, but detest negative comments posted on the websites that publish their stories.”