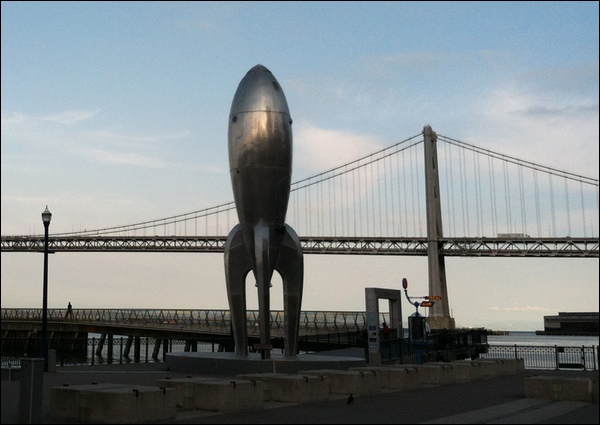 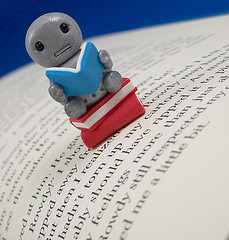 I’ve got a huge backlog of interesting stuff to share, so some of these date back a little ways.

Representative Tim Johnson, Republican of Illinois, perpetually paces the Capitol hallways, a cellphone pressed to his ear as he talks to constituents, whom he calls all day long, one by one, just to say hello….Mr. Johnson said his calling habits grew out of his many years in the Illinois state legislature. “I came to the conclusion that the problem with government is that they were too out of touch with people and had very little individual relationships,” he said.

The era of Facebook is an anomaly. The idea of everybody going to one site is just weird. Give me one other part of history where everybody shows up to the same social space. Fragmentation is a more natural state of being. Is your social dynamic interest-driven or is it friendship-driven? Are you going there because there’s this place where other folks are really into anime, or is this the place you’re going because it’s where your pals from school are hanging out? That first [question] is a driving function.

The Botox studies, by contrast, suggest a circuit between the brain and the muscles of facial expression in which the brain monitors the emotional valence of the face and responds by generating the appropriate feeling. (Obviously, information flows in both directions, as you can think yourself into practically any emotional state and then have the face to match it.)

This is hard to say without sound like some kind of tech dope. But in some way I think the person I am on Twitter is the real me. Twitter is the online service that replicates my brain most faithfully. For good and bad! As Sam will tell you. Let me get deeper into this: Obviously saying my Twitter is “the real me” is a loaded thing. We all have shades of personality expressed in different ways. But if (for some crazy reason) you wanted to get a glimpse of how I think, or the things I’m reading that influence how I think, I don’t think you can get closer than reading my tweets. (I don’t know if this is true just of me. Often I meet people I know on Twitter and they’re totally different in real life. And I wonder which one is the more authentic version of that person. For me, the answer is my Twitter version, because in real life, especially with new people, I am not quite myself.)

We all have a more or less deep sense of ‘what we really are’, which is buffeted and put at risk temporarily or permanently by moods, as a boat is by the turmoil of the Bay of Biscay or the dying of the winds in the doldrums. I’ve been on both of those boats and know the power the swell or stillness has over the conveyance, that sense of being a small object in the storm or the lull as it progresses. It is possible, though, that the essential self we perceive is a mirage. It might be no more fundamental, no more unitary, than the moods we want to say affect ‘us’ and change our feelings at any moment. What if our moods are our lives, if our selves are the flicker-book: that what we really are is a continuous fluxing of emotional shades created and conditioned by our biological and experiential environments – body, mind, world – and there is no more a single self, impinged on by fleeting moods, than there is that single mood my parents defined as interrupting my real self?

On creating an authentic self safe from online vitriol: The part that grows impervious to negativity from a stranger is the part that has the right value, the value that you are just you. And nothing is going to change that. And the more you you can be, the more you deepen in your authenticity, no matter what anyone says. It’s no accident that as the Internet grows and all the voices grow softer and softer because there are just so many of them, we’re drawn to authenticity.”

I had no problem writing something for Iggy Pop or working with Lou Reed or writing for Mott the Hoople. I could get into their mood and what they want to do. But I find it extremely hard to write for me. So I found it quite easy to write for the artists that I would create. I did find it much easier, having created Ziggy, to then write for him. Even though it’s me doing it.