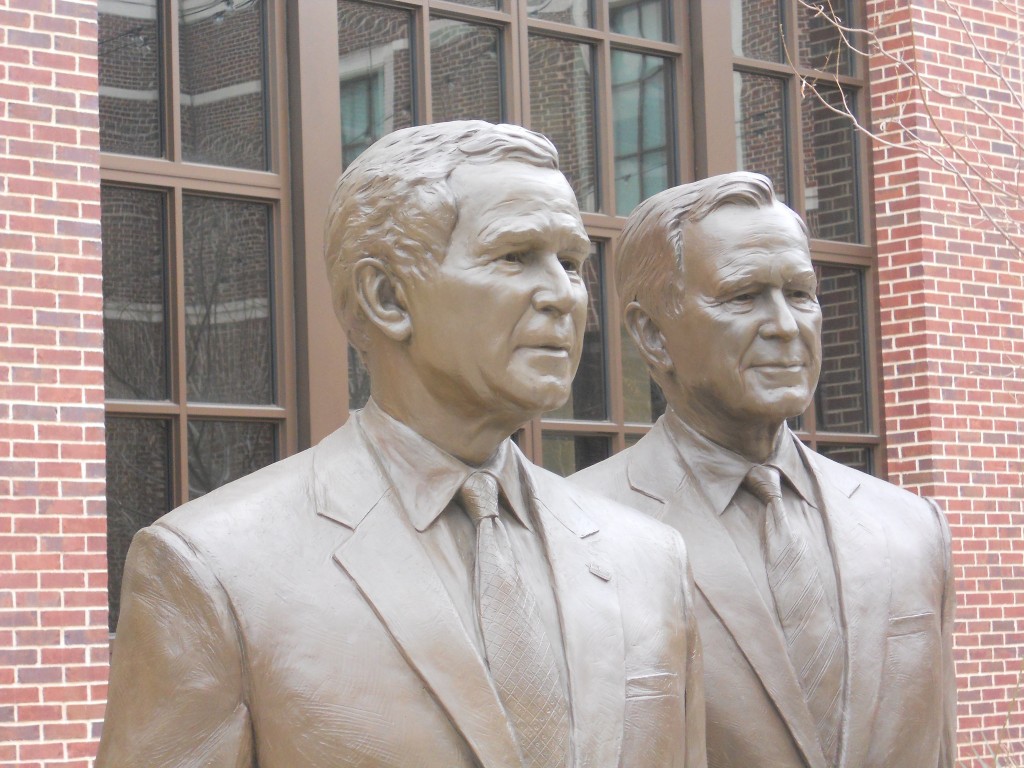 From “Obama Privately Tells Donors That Time Is Coming to Unite Behind Hillary Clinton,” by Maggie Haberman and Michael Shear in the New York Times (3/18/16):

Mr. Obama acknowledged that Mrs. Clinton was perceived to have weaknesses as a candidate, and that some Democrats did not view her as authentic.

But he played down the importance of authenticity, noting that President George W. Bush — whose record he ran aggressively against in 2008 — was once praised for his authenticity….

Mr. Obama said that he understood the appeal to voters of a candidate who is authentic, the official said. But he also reminded the Texas donors in the room that Mr. Bush was considered authentic when he was running for president, suggesting that being authentic did not necessarily translate into being a good president, in his view.

Mr. Trump’s admirers have often praised him for his authenticity and blunt style, contrasting it with Mrs. Clinton’s more cautious approach.