Wordyard / Project / Links, annotated / Links: “Why wouldn’t you make your own social network?” 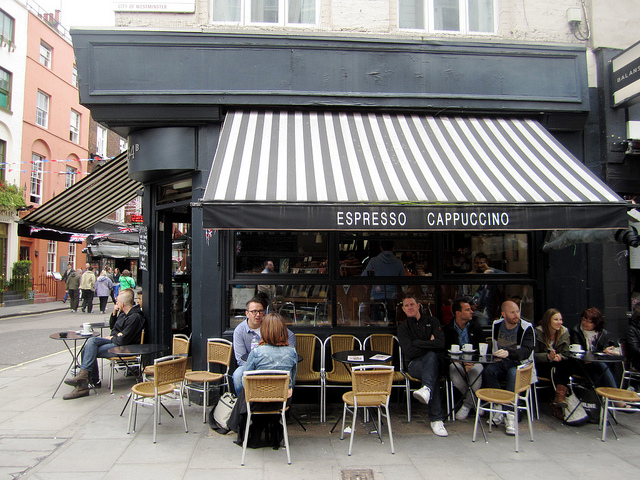 This week, for you, a roundup of observations about identity.

This is Phil Fish (Jason Kottke):

“The first is feeling like I’m sitting at a sidewalk cafe, speaking in a conversational voice, but having that voice projected so loudly that strangers many streets away are invited to comment on my most inconsequential statements — especially if something I say gets retweeted beyond my usual circles.”

Many moons ago, I was “subculturally important” in the small pond of web designers, personal publishers, and bloggers that rose from the ashes of the dot com bust, and I was nodding along vigorously with what Danskin, Persson, and Kissane had to say. Luckily for me, I realized fairly early on that me and the Jason Kottke who published online were actually two separate people…or to use Danskin’s formulation, they were a person and a concept. (When you try to explain this to people, BTW, they think you’re a fucking narcissistic crazy person for talking about yourself in the third person. But you’re not actually talking about yourself…you’re talking about a concept the audience has created. Those who think of you as a concept particularly hate this sort of behavior.)

The person-as-concept idea is a powerful one. People ascribe all sorts of crazy stuff to you without knowing anything about the context of your actual life. I even lost real-life friends because my online actions as a person were viewed through a conceptual lens; basically: “you shouldn’t have acted in that way because of what it means for the community” or some crap like that. Eventually (and mostly unconsciously), I distanced myself from my conceptual counterpart and became much less of a presence online.

New Pornographers’ Carl Newman: “I just want to work. I don’t think of myself as some artist” (David Daley, Salon):

I think because I’m such a music fan, I just love the idea of the myth of rock. There’s something not false — but sort of. You know, no rock star is truly themselves. It’s all a myth. From Bob Dylan to Jack White. It might become real, but I’ve always been fascinated with that and I know Dan Bejar has always dabbled in that from the get-go. I think I probably followed his lead from the beginning. I think I loved that he did that and I felt “Yeah, I’m gonna do that too. I should dabble in a lot of rock iconography.

That’s not a celebrity you’re following on Twitter, it’s an assistant (Chris Plante, The Verge):

We’re at this uncomfortable moment in which social media companies masquerade as living, breathing humans. People are companies. Companies are people. And both combine in the most boring Twitter accounts on the internet.

If the Ice Bucket Challenge had not been invented as a fundraising drive, it would make an excellent social media site engagement driver, because it solves the problem of getting people to post and share personal, visual content. It does so first by providing an excuse to make a video selfie– because in the age of ubiquitous cameras, the biggest hurdle to content production is self-consciousness, which can be overcome by being commanded by friends or philanthropy. Second, the ice bucket meme’s format includes a prompt to friends to create their own video selfies (this is the human equivalent of when Facebook apps used to ask you to invite people to the app before you had used it). The Ice Bucket Challenge is thus a perfect viral storm that, while generating millions of page clicks and new content for Facebook and other sites, happens happily to also generate awareness and donations for a good cause.

One of the oddest and I think healthiest (but also most frustrating things) things about social media is bumping into strangers with whom little communication seems possible.

I traffic mainly in the world of politics and culture. And there’s little surprising about the kind of intense political disagreement that makes it hard to have any real sort of communication. Other times it’s simple ignorance or even lack of intelligence. You find yourself in a seeming disagreement. But it’s actually not quite a disagreement because the other person doesn’t understand what you’re saying. And the thin straw of social media contact is simply too narrow to overcome the gap.

Other times – and these are maybe the most frustrating but also most important – the person’s no dummy. They’re not uneducated or ignorant in a general sense. But the points of reference, experience, the simple ‘what they’re trying to talk about’ and vice versa, is so different that real communication is very difficult or not really possible. And in any case, ‘Why am I even trying since I just randomly bumped into you in this thread?’ So why bother? What’s the point? It’s frustrating but also humbling in an important way because it brings you face to face with how parochial, limited your own experiences and points of reference are.

Maybe limited and parochial or refined and esoteric. But at the end of the day, these are other people with whom basic exchange, basic communication, is difficult. It’s exacerbated by the faceless and abrupt nature of social media communication. But it’s humbling and a good way to be humbled.

There’s Something Rotten In The State Of Social Media | TechCrunch:

Finally, within the odorous passageways of our modern social media citadels, we stumble upon another theme: enforcement.

Slowly but surely the freedoms that initially drew us into these glittering social spaces are being withdrawn, as barred gates drop into place — limiting our usage options, and controlling and constraining the social content we see.

The walled gardens shrink, getting narrower in outlook as the logic of their underlying content-filtering algorithms becomes evident.