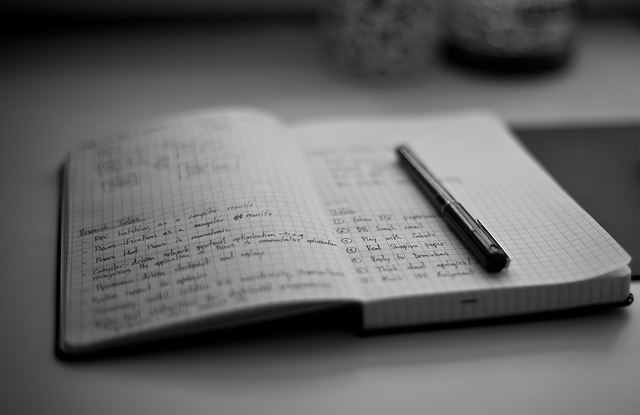 Why the Facebook Experiment is Lousy Social Science (Galen Panger, Medium): This lengthy, deep exploration of the many ways the Facebook mood experiment went wrong and how it could be improved upon also offers lots of insight into how the service is “designed to be habit-forming and addictive.”

Facebook’s hacker culture is truly something to behold, but it also means the company constantly steps in it. Facebook upsets a lot of people, and often. The culture makes the company more impervious to criticism, but in some ways also maladapted and unempathetic. And so Facebook and its culture will seemingly always be a source of tension — for us users, as well as for the people who work there…

While Facebook’s PR paints the service as an intimate portrait of our lives, keep in mind that it’s not. It’s a performance, not a well-rounded view of our friends’ struggles, travails and ups and downs. Catch yourself when you start comparing your life unfavorably to someone on Facebook, and realize it’s not the full picture.

Summary of a symposium featuring these comments from Jeff Hancock, one of the authors of the Facebook mood study:

We have a metaphor for the postal service: messages are delivered without tampering from one person to the next. We have a metaphor from the newsroom: editors choose things that we think will be of interest. But there’s no stable metaphor that people hold for what the news feed is. I think this is a really important thing. I’m not sure whether this means we need to bring in an education component to help people understand that their news feeds are altered all the time by Facebook? but the huge number of e-mails about people’s frustration that researchers would change the news feed indicates that there’s just no sense that the news feed was anything other than an objective window into their social world.

PK: You’re quoted as saying you don’t want to put anything on Facebook that you wouldn’t feel comfortable with Facebook sharing with advertisers, right?

CR: Yeah, sort of. I mean, it’s not like I sit around thinking all day about what I am and I’m not going to put on Facebook. I’m not leading a monklike existence here. But I think that’s a totally good rule of thumb. It always kind of amuses me when people get mad that Facebook shares x, y, and z with advertisers. They say they’re going to do it. That’s how they make money. It’s almost like a physical fact of the world that websites share stuff with advertisers, so I’m not that excited about them knowing things about me.

The Next Generations of Facebook’s News Feed (Adrienne LaFrance, The Atlantic): A great proposal from Nicholas Diakopoulos.

What if, instead of relying on platforms like Facebook to invisibly turn the digital knobs that make each person’s News Feed look different, Facebook users could subscribe to different algorithms — formulas designed by humans who could explain their approach?

When we asked people in an initial survey what type of content they preferred to see in their News Feeds, 80% of the time people preferred headlines that helped them decide if they wanted to read the full article before they had to click through…Over time, stories with “click-bait” headlines can drown out content from friends and Pages that people really care about.

Eventually, I found myself making $100 an hour writing Facebook updates spoken by a bottle of pink medicine manufactured by a multibillion-dollar company obsessed with engagement, branding, and PowerPoint presentations filled with colorful pie charts.

I had become a digital ghost of my former self.

I think if there is a renaissance of blogging it is in reaction to that, the invisibility imposed when you commodify yourself, an attempt to recreate something that was lost, something, one hopes, that’s more about autonomy and freedom than engagement and revenue.

Your Anonymous Posts to Secret Aren’t Anonymous After All (Kevin Poulsen, Wired):

“It’s our job to make sure people feel safe and in control,” he says. “People can’t do that on Facebook. That’s our mission, so people can put this stuff out there and not feel alone. That’s so important.”

Caudill, the hacker, is skeptical that the twin goals of sharing and anonymity can ever be resolved.

“I kind of see where they’re going with it. They’re trying to be kind of the everyman’s WikiLeaks. But at the same time it doesn’t really work that way,” says Caudill. “You can’t both try to connect with all your friends and be really social and network with everything, and that same time try to do all that anonymously. I can’t see a situation where you can have your cake and eat it too.”

People are going to adjust to the vastness of the Internet and implied exposure and it’s going to happen over generations. I’m not saying they won’t. And I’m not saying that “social media” is doing a poor job today in letting people talk to each other. I am saying that there’s a huge gap for solutions and software and ideas that solve problems people actually have today, especially in a way that doesn’t create a new entity in the middle that then has to care about what everyone thinks about it and how it’s relevant, or in a way that creates a standard to avoid those kinds of entities without spending the next two decades in development hell while the world goes on without them.

Social media has come to symbolize, for me, the tyranny of having to appear relevant, visible and clean to everyone else, the inability to define my own boundaries and the uncertainty about what’s going to happen tomorrow to the fundamental structure of this tool that I’m using – all the while someone either makes money off of me or adds to the looming amorphousness trying to stay afloat.

In Mr. Dager’s view, the physical barriers to becoming an e-sports athlete are far lower than for conventional sports. He lists fingers and a brain as the primary tools people need to get started. What most people lack, he said, is a singular focus on games, a willingness to clear away all other distractions.

His obsession with video games was a sore point with Mr. Dager’s parents during his teenage years, as it was for the parents of many top gamers.

“I, and many players like me, sacrificed everything,” said Mr. Dager, who is almost a senior in college but is not attending school now. “We gave up on sports and friends and school just so we can play more.”