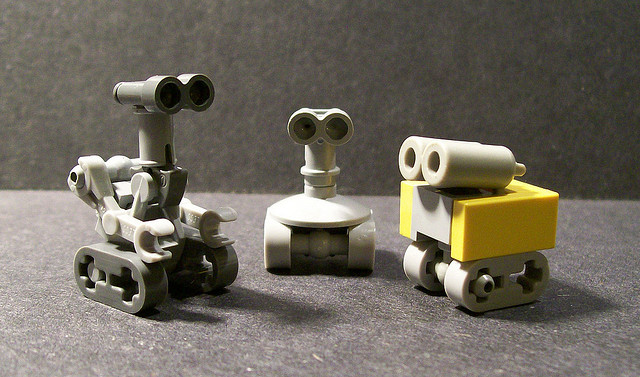 Fighting spam with BotMaker (Raghav Jeyaraman, Twitter Blog): This technical description of Twitter’s realtime spam interception program sounds quite a bit like an unholy cross between the broadcast media’s seven-second delay and a missile defense system. Note, also, that “other groups at Twitter have started using BotMaker for non-spam purposes.” Once you start pre-publication review of tweets, it must just be so tempting to find new applications…

BotMaker has ushered in a new era of fighting spam at Twitter. With BotMaker, Twitter engineers now have the ability to create new models and rules quickly that can prevent spam before it even enters the system. We designed BotMaker to handle the stringent latency requirements of Twitter’s real-time products, while still supporting more computationally intensive spam rules.

BotMaker is already being used in production at Twitter as our main spam-fighting engine. Because of the success we have had handling the massive load of events, and the ease of writing new rules that hit production systems immediately, other groups at Twitter have started using BotMaker for non-spam purposes. BotMaker acts as a fundamental interposition layer in our distributed system.

Secret Users Have Started Hosting Secret Dinner Parties, and They Are Brutal (Nellie Bowles, Re/code): Reporter goes undercover to a dinner party assembled anonymously on an anonymous app and encounters an anonymous host’s musings on authenticity. I think the “I want a place where I can be raw and honest” thing has now officially become a virus — or a soundbite.

“We all end up in these silos of an expected life. I know who I am around the people I know, but anonymously? What can I be anonymously?” Kai said, talking as he finished preparations for dinner (beef stew, black rice, mint and strawberries for muddling with vodka). “I want a place where I can be raw again. Where I can be honest. Where it doesn’t always have to be vacation pictures and ‘Look how great I am.’ “

I ask Cohen about the differences between our “real” selves and those we project online…. “I agree that the online persona has become a kind of double,” he says. “But where in Dostoevsky or Poe the protagonist experiences his double as a terrifying embodiment of his own otherness (and especially his own voraciousness and destructiveness), we barely notice the difference between ourselves and our online double. I think most users of social media and YouTube would simply see themselves as creating a partial, perhaps preferred version of themselves.”

…This is the horror of social media – that it gives us the impression we are in control of our virtual identities, putting out messages that chime with our “real” selves (or some idealised version of them). In fact, there is always slippage and leakage, the subconscious asserting its obscure power. The internet can, as Cohen tells me, “provide a way of exploring and playing the multiplicity and complexity of the self”. It can also prove to us just how little control we have over how we appear. As William Boyd put it in Brazzaville Beach: “The last thing we discover in life is our effect.”

The Web is Broken and We Should Fix It (Mike Caulfield, Hapgood): One vote for Ward Cunningham’s Federated Wiki project:

There’s actually a pretty simple alternative to the current web. In federated wiki, when you find a page you like, you curate it to your own server (which may even be running on your laptop). That forms part of a named-content system, and if later that page disappears at the source, the system can find dozens of curated copies across the web. Your curation of a page guarantees the survival of the page. The named-content scheme guarantees it will be findable.

One of the wonderful things about relying on computers to help us is that if we’re not careful they’ll tell us who we really are.

PostSecret has been around for 10 years and it has a tradition of being community-oriented. It has a certain set of values and part of that is not exploiting people’s secrets for commercial reasons. So because of that, even though the website has had over 600 million visits, I’ve never taken one dollar for a paid advertisement. And so I think that’s the kind of environment that allowed people to really trust me with secrets they wouldn’t share with anyone else.

It was a safe place. It was a non-commercial place. That got infused in the DNA of the project, and so that tradition when we created the app the app also had, kind of, the spirit of that project. It had a soul. This culture that was already there, and maybe if it hadn’t been for kind of outside parties acting maliciously, we could have gotten to a place where we could have taken flight, gotten the wheels up….

One of the things I’ve discovered through PostSecret is that when you keep a secret, it feels like this wall that divides us from others. But that’s just an illusion. If we can find the courage and the vulnerability to share our secrets in the right ways with the right people, we can discover that these walls are actually bridges that don’t just connect us with others but with our true selves.