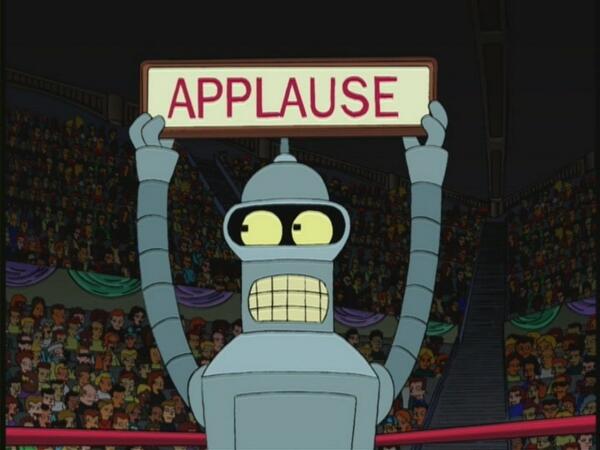 Twitter seems to be becoming a giant unstructured experiment in blurring boundaries — like a massively distributed Turing Test. Who’s a human, who’s a bot? Who’s a person, who’s a company?

Now, a Denny’s tweet can sound more casual and on meme than any individual’s Twitter account…Just as corporations have become “persons” in law, they have also become “persons” on social media, bearing all the fruits of personhood while retaining all the massive advantages of being an entity that defies individual personhood. At the end of the day, @Dennysdiner is just a legal structuring entity housed somewhere in Delaware, formed to serve mediocre diner food in cities across America. And yet in spite of — or maybe even because of — this uncanny act of assuming personhood, we like it. Corporations can’t be lonely, but with their newfound “cute” voices they are becoming more popular than people….It isn’t enough for Denny’s to own the diners, it wants in on our alienation from power, capital, and adulthood too.

It’s a great piece — and also a perfect case study in how the authenticity bind works.

A significant proportion of the socialbots…not only infiltrated social groups on Twitter but became influential among them as well. What’s more, Freitas and co have identified the characteristics that make socialbots most likely to succeed…. The socialbots that generated synthetic tweets (rather than just reposting) performed better too. That suggests that Twitter users are unable to distinguish between posts generated by humans and by bots. “This is possibly because a large fraction of tweets in Twitter are written in an informal, grammatically incoherent style, so that even simple statistical models can produce tweets with quality similar to those posted by humans in Twitter,” suggest Freitas and co.

Bots might fool human Twitter users, but they’re a more serious business for the ad industry, which is finding it more and more difficult to distinguish between real human views and clicks and fake bot-generated traffic designed to inflate ad payments. The Internet Advertising Bureau trade association now has a Trustworthy Digital Supply Chain Initiative, and first on its list of imperatives is this: “We must identify bot-generated, non-human traffic and remove it from the supply chain.” (Link courtesy Alexis Madrigal’s delightful 5 Intriguing Things.)

Finally, NPR put a person at the helm of one of its automated Twitter accounts, Nieman Lab reports, and the network won more click-throughs and more new followers as a result. But human employees cost more than bots, and NPR’s budget is tight, so the bots may win on a cost-per-click basis.

Not content to mine the likes and posts you enter directly into its system to figure out what ads to show you, Facebook has announced it will also track your forays elsewhere online. But hey — you can also look behind the ads to see exactly why Facebook is targeting you a certain way. And if you want to take the time to twiddle with your preferences, you can even volunteer more info to help Facebook refine its targeting. You can do the algorithm’s work yourself!

According to Facebook this is all part of “Making Ads Better And Giving You More Control.” I’ll believe that if the preferences option — when it finally rolls out, which isn’t yet — also lets me just turn the ads off. Not counting on that one.

Of course, it could be worse. Instead of just looking at your online activity to determine what ads to show you, companies could review your social activity to make decisions about, say, whether to offer you a loan. Surely that sort of crazy thing will never come to pass? Oh, wait:

Rather than rely on FICO credit scores, Affirm calculates the risk of borrowers based on a range of personal data including information gleaned from social-media profiles as well as the cost of the items being purchased. It then determines what rate and structured payment makes sense to offer the customer.

The superhero secret identity is a powerful metaphor on many levels, and one which ought to become an important device again soon. Primarily, the secret identity is an excellent metaphor for our own dual lives on and offline. There is increasing interest in reserving our privacy as we lose more and more of it to voluntarily to social networks, to (hopefully benign) NSA information mining, and to smartphone location-sharing…. When social networks first popped up it was generally assumed that (as in our real-space social lives) it would be possible to maintain a level of separation between them and our professional lives. Over time that has become increasingly difficult and it has generally accepted that most of us can no longer maintain a separation…. After years of embracing social networks people are becoming more careful about which aspects of their lives are publicly shared online in order to maintain a degree of privacy. Having everything out in the open might have felt liberating at first, it has spiraled into a sort of trap and the concept of a secret identity is starting to sound appealing again.

Update link: In Salon, Andrew Leonard is tired of Silicon Valley’s hubris in promising to deliver “superpowers” with every new app. I guess if we’re all going to need secret identities, we might as well get the x-ray vision, too.

Jon Udell has begun mapping the decentralization movement in a tag bucket on Pinboard. There are lots of interesting projects and ideas to explore there.

Here’s one broad concept worth including: the growth of grassroots mesh networks as a return to the Internet’s roots in the idea of a truly distributed network. The Atlantic’s Adrienne LaFrance offers a great overview and explainer:

the idea behind mesh networking is to skip those checkpoints and cut out the middleman service provider whenever possible. This can work when each device in a network connects to the other devices, rather than each device connecting to the ISP….

“The original vision of the Internet was in fact a mesh,” said Michael Liebhold, a fellow at the Institute for the Future. “Unfortunately, what has happened over the 20 or 30 years we’ve been working on the Internet, all the traffic ends up handled by a very small number of network carriers or cloud or service operators. There’s a very small number of connection points… but they’re highly vulnerable and they’re being attacked from all directions now.”

For Liebhold, who uses a mesh network to connect to the Internet at home, mesh networking isn’t a way to “reinvent the web,” but the natural next step toward reclaiming the kind of Internet people want. It’s a way of “connecting everybody in the world and bypassing the original Internet, which is struggling in governance, cyber crime, data mining, pervasive passive surveillance, and massive hacks.”

Not everyone is trying to boost their Klout score

Invisibles by David Zweig is a new book about people in skilled but backstage or behind-the-scenes roles. The New Republic has an interview with Zweig:

In a culture that values attention above nearly everything else, who are these people who choose to go into lines of work in which, when they do their job perfectly, they’re completely invisible? What motivates them? What makes them feel fulfilled? In a culture where everyone strives for recognition both personally and professionally, what can we possibly learn from these people?

I spoke with a number of career recruiters, and they see more and more people who want careers in high-profile fields and fewer and fewer pursuing the careers of craftsmen or people who are behind-the-scenes. The larger culture has a very powerful ethos that attention equals success. In the fabric of social media, the metric for value is attention. The number of “likes” you get on a post, the number of followers you have. These are the metrics by which we’re guiding ourselves.