Wordyard / Project / Meta / Wordyard Project nuts and bolts: what I’ll do and how I’ll support it

You are viewing an old revision of this post, from May 31, 2014 @ 18:37:02. See below for differences between this version and the current revision. 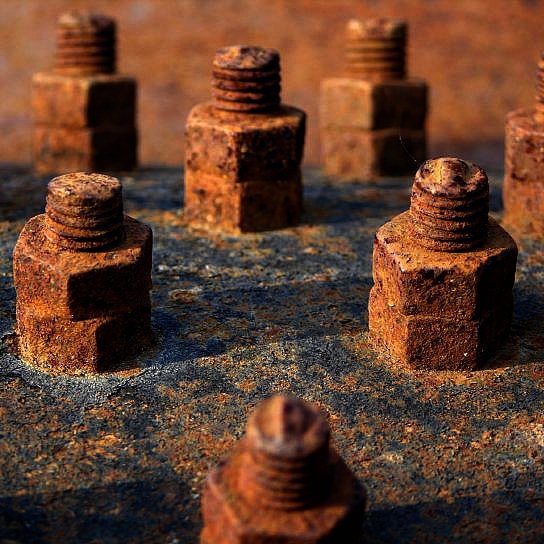 For the last couple of days I’ve laid out in broad strokes the areas I intend to write about — the map of my new beat, being ourselves in the post-social world, which falls into two main areas: Life after Facebook, and personal authenticity, online.

But what exactly am I going to do? How will I organize and support this project? Today, I need to get a little meta.

I am not suggesting that any of this is earth-shatteringly innovative, but it’s good to lay it out up front.

The “how do I support this” part is more interesting, more complex, and much more a work in progress. Here are my starting points:

Today’s publishing environment pushes us in one of two directions: You can play in the big mad game of eyeball monetization, where you set out to gather a huge crowd and then pelt it with ads; or you can content yourself with reaching a few friends and family on your blog (where you’re in charge but people’s attention is hard to dragoon) or in your social network (where your readers are congregating today but where you are at the mercy of fickle platform owners).

I believe there’s room in between — an unexplored opening between the aggressively commercial and the ambitionlessly casual. I want to test the viability of this middle ground. Is there a space to work between the frenzy of the Chartbeat addict and the dependency of the social-media sharecropper? I hope so. I think so. I’m going to find out.

Money, obviously, will be crucial, as it always is.

How to support this work? Where does the revenue come from? This question haunts every online publishing effort, large or small. I don’t have a sure answer at this point, but I have some strong feelings.

Advertising is the most common approach, and the one I have the most experience with over two decades of work in online journalism. And I have to say: it sucks. It still sucks. It’s as bad today — as invasive, as inefficient, and as widely resented — as it was when HotWired unveiled the first 468-pixel banner ad. Worse, in many ways.

Advertising pushes publishers in the direction of page-views above everything. It gets in the way of delivering a good experience to users. It forces site operators to implement technologies that cause engineers to cry out in pain. It introduces enormous overhead costs for both publisher and network. Directly or indirectly, it is responsible for nearly all of the things about the Web that irritate people — the page-view whoring, the attention-hijacking, the eyeball-hoarding, the endless tracking and privacy invasion and data appropriation.

Above all, advertising turns the simple two-way relationship between writer and reader, or publisher and user, into a treacherous triangle trade. Publishers have to pretend that the user is your customer, but everybody knows you’re actually under contract to capture those users and deliver them to the advertiser who is paying your bills.

I am not saying that all advertising-based publishing is evil. Plenty of publishers I admire — including influential sites like TPM, Slate, the Atlantic, Wired and BoingBoing, and blogging pros like Kottke and Gruber and Dooce, and tons of important local-news outlets — depend on ads. I have worked long and hard for businesses (like Salon) and nonprofits (like Grist) that relied on advertising and, who knows, I might do so again before my career is over.

So it’s not that ads are evil. But digital advertising today remains broken. It introduces endless complexity and compromise and it pushes us down roads I know too well. Right now, trying something different looks a lot more interesting.

One of these approaches, or some combination of them, might work — indeed, is working today — for some publishers. But none of them makes a lot of sense for what I want to do with Wordyard.

What I have in mind — in an indistinct, still-germinating way — is a simple, direct transaction: I will do this work, and if enough people like it enough to kick in a few bucks, I will be able to keep doing it. I’m not thinking “tip jar” or donations, exactly. (I’m not incorporating as a nonprofit.) I’m imagining something more like paying a small annual fee for a premium-grade Web service that you like and wish to keep around. (What the enticement might be at the higher service level — or whether there even needs to be one at all — I don’t know yet.)

Those of you who have been following this topic for a long time will recognize that this approach draws on some of Kevin Kelly’s “thousand true fans” concept (except I think of anyone reading this as a peer, not a fan) and some of Andrew Sullivan’s “Dish model.” I find both of these concepts inspiring.

Yes, this needs a lot more thinking through. It’s far too early to ask for support or money, anyway. I just want to be open about where I see this going — and also to forestall the inevitable shouts of “BUT WHERE’S THE BUSINESS MODEL?????”

Whatever course I choose, I’ll tell the story in real time here and share as much as I can of the data, the thinking behind my choices, and the outcomes. by chronicling the effort, I hope others can benefit from any success I have — and learn from all the mistakes I know I’ll make.

When I published my first independent website (my god, this coming January will mark the 20-year anniversary for that), in gloriously crude hand-hewn HTML, I had the romantic notion that this amazing new platform would allow me to strike out on my own as a one-person-does-it-all writer/editor/publisher. But I didn’t really know how to make that work in 1995 (and the good ship Salon — then, hah, Salon1999.com! — looked a lot more inviting).

I never fully shook that dream, though, and now I think I’m ready to try again.

So this whole project about “being ourselves” is also — in a roundabout, recursive way — my own attempt to be myself, right here. Since you’ve read this far: Thanks for joining me. I’m going to do my damnedest to make it worth your while.

There are no differences between the May 31, 2014 @ 18:37:02 revision and the current revision. (Maybe only post meta information was changed.)