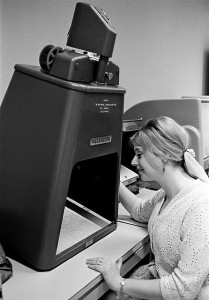 New York Times public editor Art Brisbane today addresses an issue that MediaBugs and I have been talking about for a year: the need for news organizations to maintain a record of the changes they make to published stories.

I’ve argued that posting such “versions” of every news story — the way Wikipedia and every open source software project does with their own work — would help newsrooms regain public trust and free journalists to update their work more vigorously while staying accountable.

Brisbane seems to agree, but sounds doubtful that the Times is going to do this any time soon.

Right now, tracking changes is not a priority at The Times. As Ms. [Jill] Abramson told me, it’s unrealistic to preserve an “immutable, permanent record of everything we have done.”

I know the Times has tons of claims on its resources. Jill Abramson has a million demands to juggle. But let me respectfully dispute her “unrealistic” judgment.

Versions of stories are just data. For the Times, or any other website, to save them is a matter of (a) storage space and (b) interface tweaks to make the versions accessible. Today, storage is cheap and getting cheaper, and Web interfaces are more flexible than ever.

Really, there’s nothing unrealistic about preserving an “immutable, permanent record” of every post-publication change made to every story.
Wikipedia — a volunteer organization run by a variety of ad hoc institutions — can do it. Any WordPress blog can do it. It seems peculiarly defeatist for our leading newsroom to shrug and say it can’t be done.

By making story versions “not a priority,” the Times is essentially abdicating its longstanding status as our paper of record as it makes the transition from paper to digital. I doubt that’s what its leaders intend to do. The more they ponder this, the more I think they’ll see that a versioning system for news is not only valuable but inevitable.