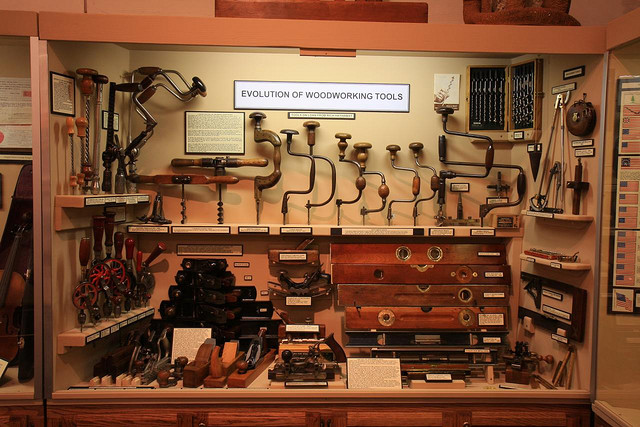 Learning to make things changes how we understand and consume those things.

It’s the same with writing: Learning how to write changes how we read — and how we think. This is from Maryanne Wolf’s excellent Proust and the Squid:

As the twentieth-century psychologist Lev Vygotsky said, the act of putting spoken words and unspoken thoughts into written words releases and, in the process, changes the thoughts themselves… In his brief life Vygotsky observed that the very process of writing one’s thoughts leads individuals to refine those thoughts and to discover new ways of thinking. In this sense the process of writing can actually reenact within a single person the dialectic that Socrates described to Phaedrus. In other words, the writer’s efforts to capture the ideas with ever more precise written words contain within them an inner dialogue, which each of us who has struggled to articulate our thoughts knows from the experience of watching our ideas change shape through the sheer effort of writing. Socrates could never have experienced this dialogic capacity of written language, because writing was still too young. Had he lived only one generation later, he might have held a more generous view.

What Vygotsky and Wolf observed about writing, we can extend and expand to writing in public. Writing for an audience is a special and important sub-case: it’s writing with feedback and consequences. Doing it yourself changes how you think about it and how you evaluate others’ efforts. The now-unfashionable word “empowerment” describes a part of that change: writing is a way of discovering one’s voice and feeling its strength. But writing in public involves discovering the boundaries and limits of that power, too. We learn all the different ways in which we are not the center of the universe. That kind of discovery has a way of helping us grow up fast.

So when I hear the still-commonplace dismissal of blogging as a trivial pastime or an amateurish hobby, I think, hold on a second. Writing — making texts — changes how we read and think. Every blogger (at least every blogger that wasn’t already a writer) is someone who has learned to read the world differently.

I’m preparing for some public talks later this month about Say Everything, which is why I’m revisiting this ground. It seems to me that, in our current bedazzlement with the transformative powers of social networking, we routinely underestimate the practical social importance of change at this individual level.

Clay Shirky, for instance, has focused, with great verve and insight, on how the Web enables us to form groups quickly and easily, and how that in turn is reshaping society. In his book Cognitive Surplus, Shirky identifies a spectrum of values stretching from personal to communal to public to civic. The spectrum, he writes, “describes the degree of value created for participants versus nonparticipants. With personal sharing, most or all of the value goes to the participants, while at the other end of the spectrum, attempts at civic sharing are specifically designed to generate real change in the society the participants are embedded in.”

This is a useful framework for discussion. What I think it neglects is the way the act of personal sharing changes individuals in ways that make the other sorts of sharing more imaginable to them. In other words, the spectrum is also a natural progression. The person who has struggled to turn a thought into a blog post, and then seen how that post has been reflected back by readers and other bloggers, is someone who can think more creatively about how sharing might work at other scales and in other contexts. A mind that has changed is more likely to imagine a world that can change.

In his great new book Where Good Ideas Come From: The Natural History of Innovation, Steven Johnson describes the concept of “the adjacent possible.” This passage is from a recent excerpt in the Wall Street Journal, in which Johnson considers the improbable yet imaginable “primordial innovation of life itself”:

The scientist Stuart Kauffman has a suggestive name for the set of all those first-order combinations: “the adjacent possible.” The phrase captures both the limits and the creative potential of change and innovation. In the case of prebiotic chemistry, the adjacent possible defines all those molecular reactions that were directly achievable in the primordial soup. Sunflowers and mosquitoes and brains exist outside that circle of possibility. The adjacent possible is a kind of shadow future, hovering on the edges of the present state of things, a map of all the ways in which the present can reinvent itself.

The strange and beautiful truth about the adjacent possible is that its boundaries grow as you explore them. Each new combination opens up the possibility of other new combinations. Think of it as a house that magically expands with each door you open. You begin in a room with four doors, each leading to a new room that you haven’t visited yet. Once you open one of those doors and stroll into that room, three new doors appear, each leading to a brand-new room that you couldn’t have reached from your original starting point. Keep opening new doors and eventually you’ll have built a palace.

One way to assess the impact of blogging is to say that the number of people who have had the experience of writing in public has skyrocketed over the course of the last decade. Let’s say that, pre-Internet, the universe of people with experience writing in public — journalists, authors, scholars — was, perhaps, 100,000 people. And let’s say that, of the hundreds of millions of blogs reported to date, maybe 10 million of them are sustained enough efforts for us to say that their authors have gained real experience writing in public. I’m pulling these numbers out of a hat, trying to err on the conservative side. We still get an expansion of a hundredfold.

Each of these people now has an entirely new set of “adjacent possibilities” to explore. What they make of those opportunities will shape the next couple of decades in important, and still unpredictable, ways.