Wordyard / Project / Links, annotated / Links: “Henry VIIIs of the Web”; social all the way down 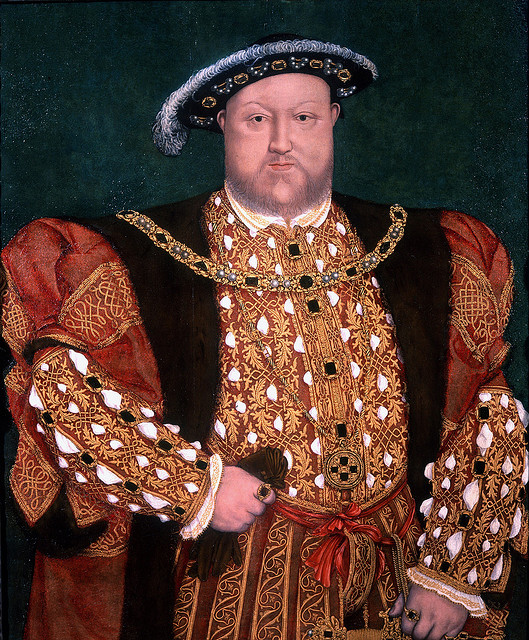 …a sense of exhaustion with what I will henceforth call Big Internet. By Big Internet, I mean the platform- and plantation-based internet, the one centered around giants like Google and Facebook and Twitter and Apple. Maybe these companies were insurgents at one point, but now they’re fat and bland and obsessed with expanding or defending their empires. They’ve become the Henry VIIIs of the web. And it’s starting to feel a little gross to be in their presence.

Why Twitter Should not Algorithmically Curate the Timeline (Zeynep Tufecki, Medium): A great exposition of the “hive mind migrates” notion.

But the bigger loss will be the networked intelligence that prizes emergence over engagement and interaction above the retweetable — which gets very boring very quickly. I know Twitter thinks it may increase engagement, but it will decrease engagement among some of its most creative segments.”

I don’t have any illusions about the inherent moral/spiritual superiority of meatspace friends and interactions. I don’t view my online life as some kind of inauthentic performance in contrast to a meatspace life lived as the Real Me. I can trace a great deal of the richness in my life back to digital roots.

The fact is, all our interactions are performances, even those interactions we experience as purely internal (that internal monologue). They are all shaped by larger cultural and economic forces. That’s because human beings are social creatures, not contingently but inherently. We are always ourselves in relation to someone or something; interacting with others is how children form their sense of being separate, autonomous agents. There is no homunculus, no true, authentic, indivisible self or soul underneath all the layers of social intercourse. It’s social all the way down.

There is no self but dynamic, shifting selves, collections of dispositions and inclinations elicited by changing contexts. We are one self to our mothers, another to our friends, another to our children, another to our Twitter followers. A self that remains steady through contexts is not something we’re all born with, it’s an achievement, what we call “integrity,” from the Latin integritatem, or “wholeness.” Most people are, to one extent or another, loose bundles of fragmentary and often self-contradictory selves, none of which holds a particular claim on being “true.”

There are interesting differences among those selves, and I think there are generalizable differences between the kinds of selves we are in person and the kind we are online, but the differences have nothing to do with degrees of authenticity or “realness.” Many people, particularly introverts, the socially inept, the different or alienated, experience the internet as the first place they can express their hidden and most treasured selves. The internet offers the hope (if not always the reality) of expression freed from social and class restrictions, the chance for radical self-(re)definition.

It’s easy for generally privileged classes — like the kind of upwardly mobile professionals who find themselves at gadget-free retreats — to imagine that meatspace = authenticity. But for the subaltern, meatspace can be an oppressive and confining reality, the internet a place of community and empowerment.

My blog’s older than Twitter and Facebook, and it will outlive them. It has seen Flickr explode and then fade. It’s seen Google Wave and Google Reader come and go, and it’ll still be here as Google Plus fades. When Medium and Tumblr are gone, my blog will be here.

The things that will last on the internet are not owned. Plain old websites, blogs, RSS, irc, email.

Facebook’s algorithm — why our assumptions are wrong, and our concerns are right (Tarleton Gillespie, Culture Digitally): Yet more on the Facebook mood study, but there’s some important distinctions and arguments here.

On the one hand, we had “trusted interpersonal information conduits” — the telephone companies, the post office. Users gave them information aimed for others and the service was entrusted to deliver that information. We expected them not to curate or even monitor that content, in fact we made it illegal to do otherwise; we expected that our communication would be delivered, for a fee, and we understood the service as the commodity, not the information it conveyed. On the other hand, we had “media content producers” — radio, film, magazines, newspapers, television, video games — where the entertainment they made for us felt like the commodity we paid for sometimes with money, sometimes with our attention to ads, and it was designed to be as gripping as possible. We knew that producers made careful selections based on appealing to us as audiences, and deliberately played on our emotions as part of their design. We were not surprised that a sitcom was designed to be funny, even that the network might conduct focus group research to decide which ending was funnier A/B testing?. But we would be surprised, outraged, to find out that the post office delivered only some of the letters addressed to us, in order to give us the most emotionally engaging mail experience.

Now we find ourselves dealing with a third category. Facebook promises to connect person to person, entrusted with our messages to be delivered to a proscribed audience now it’s sometimes one person, sometimes a friend list, sometimes all Facebook users who might want to find it. But then, as a part of its service, it provides the News Feed, which appears to be a running list of those posts but is increasingly a constructed subset, carefully crafted to be an engaging flow of material. The information coming in is entrusted interpersonal communication, but it then becomes the raw material for an emotionally engaging commodity, the News Feed. All comes in, but only some comes out.

It is this quiet curation that is so new, that makes Facebook different than anything before. And it makes any research that changes the algorithmic factors in order to withhold posts quite different from other kinds of research we know Facebook to have done, including the A/B testing of the site’s design, the study of Facebook activity to understand the dynamics of social ties, or the selective addition of political information to understand the effect on voter turnout – but would include their effort to study the power of social ties by manipulating users’ feeds.

And Facebook is complicit in this confusion, as they often present themselves as a trusted information conduit, and have been oblique about the way they curate our content into their commodity. If Facebook promised “the BEST of what your friends have to say,” then we might have to acknowledge that their selection process is and should be designed, tested, improved. That’s where this research seems problematic to some, because it is submerged in the mechanical workings of the News Feed, a system that still seems to promise to merely deliver what your friends are saying and doing. The gaming of that delivery, be it for “making the best service” or for “research,” is still a tactic that takes cover under its promise of mere delivery. Facebook has helped create the gap between expectation and reality that it has currently fallen into.