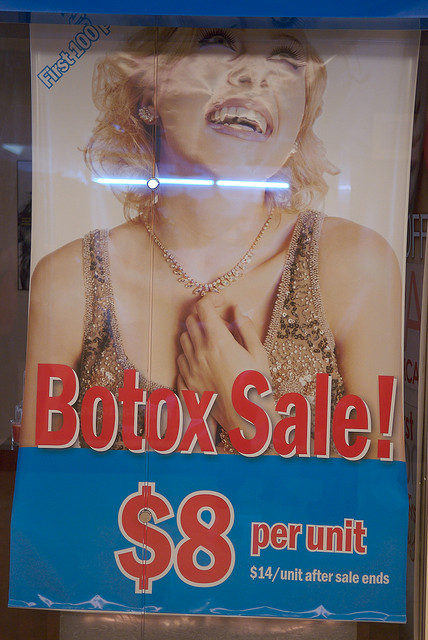 (Fake) friends with (Real) benefits (Gilad Lotan) – Data scientist Lotan spent five bucks to buy 4000 fake followers on Twitter. (You can analyze what percent of your Twitter following is real or fake using this tool.)

Even more interesting, at least to me, was what my fake followers did for me. My Klout score almost instantly shot up. I was not impressed by that until I realized that Microsoft’s search engine, Bing, collaborates with Klout, so that a higher Klout score put me higher on Bing’s search results.My completely fake numbers on one platform had a very real effect on a completely different service.

Inside the Mirrortocracy (Carlos Bueno): Sharp analysis of how tech startups use “culture” and “fit” as code to justify a diversity-limiting (and self-defeating) approach to hiring only “people like us.”

The Culture can’t really be written about; it has to be experienced. You are expected to conform to the rules of The Culture before you are allowed to demonstrate your actual worth. What wearing a suit really indicates is — I am not making this up — non-conformity, one of the gravest of sins. For extra excitement, the rules are unwritten and ever-changing, and you will never be told how you screwed up….If spam filters sorted messages the way Silicon Valley sorts people, you’d only get email from your college roommate.

The music industry is still screwed: Why Spotify, Amazon and iTunes can’t save musical artists (Andrew Leonard): Nearly 20 years into the digital music revolution, we still haven’t really figured out how to properly support creative artists. But we’re working on it!

But $2 million in 12 months for Patreon artists is nothing to sneeze at. Clearly, as a society, we do want to support the creation of art and music. So we are faced with a terrific, inspiring challenge: finding ways to use technology to build connection and community even as the old world disintegrates around us. Michael St. James is right to worry about what will happen around the corner, but probably wrong to fret about music itself being doomed. Because we’ll still need it to free our souls. And if people stop making it because they can’t make a living from their streaming royalties, then we’ll be forced to flock to places like Patreon, to keep music alive.

Pay it forward (Karen McGrane): A New York Post feature described how some professionals, particularly time-starved freelancers, are beginning to tell youngsters who approach them for “informational interviews” that they’re going to have to pay. McGrane, like me, thinks that’s a mistake.

Not everything in our professional lives is a transaction, scrutinized and evaluated against how much it costs us, how much someone should pay. Not every teaching relationship must be formalized—a mentoring opportunity, a coach, an internship. Not every investment of time has to be “worth it.”

Our Incredible Journey: You know when a big company gobbles up a little one and the founders of the little one announce how excited they are and how unfortunately the service that they built must now be shut down, but thanks for joining them on their incredible journey? This Tumblr gathers instances — where “acquihire” means users lose. [Via Lane Becker @monstro]

Sex and Silicon Valley: the veritable arms race of the dating app industry (The Guardian): What lengths will people go to dress up their online dating profile pictures? Long lengths indeed. The following quote is remarkable not only for the metaphor overload but for the plastic surgeon’s bluntness about about the nature of his work.

Before taking their profile picture, some trek to dermatologists like Seth Matarasso, who runs an upscale clinic, for Botox injections. “It can backfire, almost like false advertising,” he said. “You put up a facade, eventually it’ll bite you on the butt.”

Is there such a thing as the self? (Jim Holt): The invaluable Holt reviews two books on identity, one by philosopher Barry Dainton and the other by science journalist Jennifer Ouellette.

According to neuroscientists, there is no single place in the brain that generates a self. According to psychologists, there is no little commander-in-chief in our heads directing our behaviour. According to philosophers, there is no “Cartesian ego” unifying our consciousness, no unchanging core of identity that makes us the same person from day to day; there is only an ever-shifting bundle of thoughts, feelings and memories… The basic question about the self is: what, in essence, am I? Is my identity rooted in something physical (my body/brain) or something psychological (my memories/personality)? Normally, physical and mental go together, so we are not compelled to think of ourselves as primarily one or the other. But thought experiments can vex our intuitions about personal identity.

On Taxis and Rainbows (Vijay Pandurangan): Anonymity is hard! Fascinating description by a developer of how simple it was (for him, with a little help from Amazon cloud services, elastic mapreduce and other tools) to de-anonymize a year’s worth of New York City taxi data.

To digital marketers, “Onboarding” means loading your offline self into your browser’s cookie: An FTC report fascinatingly defines the marketers’ process of connecting your offline identity with your online profile and delves into the mechanics. [via Alexis Madrigal’s Five Intriguing Things email]

Maybe it’s time to build a new internet (Mehan Jayasuriya): After the NSA and Comcast and all, “might we be approaching the point at which the internet’s centralization begs for a technological solution?” I say: yeah.

The thought of building a new global network from scratch might seem herculean but similarly ambitious projects have been successfully undertaken in the past by hobbyists…. Remarkably, both FidoNet and Usenet were crafted using technology that now seems downright antediluvian: phone lines, dial-up-modems and computers less powerful than modern calculators. The situation today is, of course, very different. Powerful, WiFi-enabled devices can be found in the majority of American homes, be they laptops, smartphones, tablets or routers. This provides massive potential for so-called “mesh networks”—networks that connect devices directly to each other, forming a sort of daisy-chained connection that requires no central access point.