Wordyard / Blogging / The blog-broadcast barrier and the reach-responsibility ratio: How our media system crashes, and what to do about it 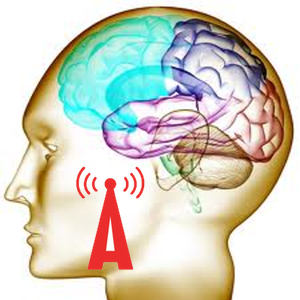 This is a long post describing a phenomenon I’ve been observing for a decade and a half. Here is the summary:

You know the blood-brain barrier? It’s what protects your sensitive brain tissues from harmful substances in your bloodstream.

Our media system has its own version of this: I call it the blog-broadcast barrier. It’s a set of principles, practices and instincts that limits the transfer of unverified and unreliable information from the Internet to high-volume broadcast channels.

When errors, hoaxes and lies get widely transmitted today, it’s almost always thanks to a breakdown in this blog-broadcast barrier. News organizations with large followings will pick up some tantalizing item online, fail to vet it properly, and broadcast it to millions.

Once you notice this pattern of failure, you start finding it everywhere. The solution is obvious: the bigger a media outfit’s reach is, the stronger its filter should be — the more responsibility it should take for checking stuff out.

Maybe you came across this little story last week about Rush Limbaugh spreading a false tale about a federal judge’s hunting proclivities. Limbaugh told his considerable audience that the judge in charge of a case about the constitutionality of Obama’s health-care reform law is an avid bear hunter and amateur taxidermist — and might somehow therefore be out for liberal blood. Rush’s staff apparently picked up this bogus item from a short-lived Wikipedia hoax. The judge, it turns out, does have a thing for flowers — he’s president of the American Camellia Society — but has never shot a bear.

Now, for years, the ritual in the media when this sort of thing happened was to wag a finger at the online information source. Bad Wikipedia! Bad Web! Look at the crap those crazies publish — you just can’t trust anything you read online.

That was the line most of the press took in the granddaddy exemplar of this kind of gaffe: Pierre Salinger’s 1996 “scoop” that the US military had shot down TWA Flight 800. Salinger, a former TV correspondent and White house press aide, was shocked and chagrined to learn that the “documents” he’d discovered — and injected directly into the big-media bloodstream — had for some time been widely circulated, and thoroughly debunked, on the Internet. In 1996, commentators hung the responsibility for Salinger’s (and their own industry’s) failure of Net-smarts on the Net itself.

Fortunately, we’ve finally begun to move beyond this “blame it on the Net” reflex. (The New York Times headlined its piece about Limbaugh and the judge “Limbaugh Taken In.”) But the incidence of journalists’ falling for online hoaxes and misinformation remains high. There was the prank in which a student added a fictitious quote to Maurice Jarre’s Wikipedia bio; Wikipedia editors quickly removed the made-up material, yet the quote wound up in many of the composer’s mainstream-media obits. Recently, a Washington Post reporter quoted the Twitter feed of a fictitious California congressman as if he were a real representative.

These are all simple instances of blog-broadcast barrier failure: Media institutions with mass-market-size followings pick up bad information online and run with it, without properly checking it out.

We are happiest when we can define these failures as breakdowns of specific media. “The Web is good at this and bad at that,” we like to say, “whereas print is good for X and broadcast is good for Y.” But this is a complex failure, a system failure — a breakdown that happens not because of the intrinsic nature of any particular medium but because of the way different media interact. (The difficulty our media system has with describing a system failure, its preference for the unitary explanation, is itself a system failure. Yes, this is a recursive problem.)

A note on the term “blog-broadcast barrier”: I’m using “blog” here as shorthand for any relatively small-bore, low-traffic publishing entity, and “broadcast” to mean anything with a large following. So it’s possible to imagine this breakdown happening where some very high-traffic blog like Huffington Post or Techcrunch picks up a false news item from the Web, or even from a small-circulation local newspaper. These things happen — as with Techcrunch’s falling for the Dry Erase Girl trick. (Here’s the mea-not-so-culpa Techcrunch published after helping spread the fictitious story.)

Still, the most common failure pattern is the one you’d expect: TV show grabs item from smaller Web-based source and thereby turn dubious molehill into newsworthy mountain. This is how things work with depressing frequency in the political blogosphere’s trench warfare.

The chasm between red-state and blue-state mindsets online emits a steady stream of unreliable yet potent memes that newsrooms pick up at their peril. Unlike the garden-variety hoax, this species of misinformation is the byproduct of a partisan agenda, and as a result it cuts a more destructive swath. In the most infamous recent example, Andrew Breitbart’s smear of USDA official Shirley Sherrod, selective video editing made an innocuous clip look damning. Once Breitbart’s venom crossed the blog-broadcast barrier, ferried across by Fox News fellow travelers, its toxicity proved overpowering.

You can see a similar dynamic at work in the more recent controversies over the Park51/Cordoba Project (the so-called “Ground Zero Mosque”) and the Florida preacher’s threat to burn the Koran. This excellent piece by Salon’s Justin Elliott traces the precise path the “Ground Zero Mosque” meme took across the blog-broadcast barrier, from the blog of conservative extremist Pam Geller (who suggested in 2008 that President Obama was actually the love child of Malcolm X) into the pages of the New York Post, and from there into headlines and newscasts everywhere.

How and why does the blog-broadcast barrier get breached? These are the ways this filter fails:

There is no simple way to repair this broken system. But any solution must start from a simple insight: With reach comes responsibility. When you serve a million viewers or readers (or followers on Twitter), they have a right to expect a different level of accuracy and reliability from you than from a part-time labor-of-love blogger with a following of a hundred or a thousand.

In a discussion of the media frenzy over Terry Jones’ scheme to burn some Korans, historian Rick Perlstein recently said, “The problem is that elite media gatekeepers have abandoned their moral mandate to stigmatize uncivil discourse.” I would argue that in many cases they have also abandoned their professional mandate to vet and verify stories they pick up.

This is the way the old-media world was always supposed to work. And nostalgic critics of the freewheeling Web argue that we still need media proxies to select our information for us, since few of us have the time to review it all ourselves.

Fair enough. But you can’t have your broadcast cake and eat all that blog frosting too. You can’t live off your reach and trust and also forward every rumor and lie to your mass audience. The reach-responsibility ratio’s message is: Gatekeeper, man thy gate! If you’re lucky enough to find yourself in this role, you’d better accept the burden that comes with it, too.

Doing so may mean sacrificing some page views on your website. It may mean abandoning the peer-group ego combat over who broke the story. It will certainly mean doing a lot more work checking out every tip you find on the Web before you beam it out.

After a rumor about the closing of the Washington Times led to an exemplary breakdown of the blog-broadcast barrier last month, the Washington Post’s Ian Shapira asked an honest question of his readers:

Are you better served by this process, in which unvetted rumors are published and then worked through all in the public eye; or by the old-fashioned way, in which reporters would check rumors and fully report a story before publication; or by some hybrid third way in which news organizations might put out unchecked rumors and prominently label them as such while launching their own reporting and asking readers to help out with any information they might have? Is there still such a thing as responsible withholding of information until it is confirmed? Do you lend more credence to news organizations that make the calls and do the checks before publishing, or do you prefer to see the raw material at first blush, even if it hasn’t been checked yet?

Here’s my answer to Shapira’s question: We’re best served when “bloggers” — those with small audiences — exercise the freedoms their role allows, and when “broadcasters” — anyone with a big crowd — exercise the responsibility their role demands.